The climate alarmists tell the public that the sea level is going rise 7 to 15 feet by the end of this century.  The crops are going to fail.  There will be mass extinctions.  The extent of the horrors awaiting us in the future are almost unlimited.  The basis for all these catastrophes is the predicted rise in temperature based upon the computer models they have programed. For

example, the sea level rise is predicated on a rise of temperature in the range of 4 to 7° C  or greater by the year 2100.  Without the big rise in global temperature, all these supposed disasters will not come to pass.

These computers have been forecasting temperature for many years.  How are they doing?  If a company had their operations run by these computers, they would be out of business by now.  Look at some of the recent revelations. The New American posted “Top Climate Alarmist: Computer Models Wrong, Skeptics Right on “Pause”.  From that posting we get this:

“Count on the Fake News media to ignore a huge admission by a Climategate scientist that there has been no measurable global warming over the past 20 years — something he has previously vociferously denied. The admission by Dr. Benjamin Santer, a top global-warming alarmist, should have made headlines — but, of course it didn’t.

END_OF_DOCUMENT_TOKEN_TO_BE_REPLACED

If you are trying to decide if you should go to Al Gore’s new documentary,  read this first.

Al Gore’s new documentary titled “An Inconvenient Sequel: Truth to Power” opened on July 28 with a limited engagement. Beginning in August, the documentary will be opening in many theaters.  I don’t know how many, as it has not been getting great reviews, but it will be in many more than the initial 4 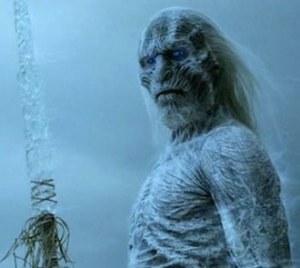 The critics being mostly being quite liberal tend to give this kind of movie a big “thumbs up”. Science has little to do with their ratings of a movie like this, because they are sure if Al Gore produced it, it must all be true. However, the liberal website, VOX said, “Even An Inconvenient Sequel seems a little light on facts at times.” Many of the movie reviewers said it was, in effect, boring.  Maybe that was reflected in the boxofficemojo data published on Sunday, 30 July.  That they said ticket sales for the first day were $61,000, the second day were $43,000 and today (the third day) were $26,000 might reflect the boring viewpoint.

But Gore did receive the Nobel Peace Prize in 2007 for his first film, didn’t he?  Yes, he did. However, it was the same Nobel Peace Prize Committee that presented the award to the newly elected Barrack Obama before he got into office. They awarded the Peace Prize to Yasser Arafat of the PLO, too.  That Committee has a very transparent political agenda. It has very little to do with peace.

But never fear gentle reader, Al Gore will not let you down.

END_OF_DOCUMENT_TOKEN_TO_BE_REPLACED

$535 Trillion To Remove CO2 From The Atmosphere

James Hansen, et al have issued a study titled “Young people’s burden: requirement of negative CO2 emissions.  The authors say that unless CO2 reduction begins right away and aggressively the next generation and the one after that will have to spend a $535 trillion to make Earth habitable.  This $535 trillion is not the $trillions that the warmers want to spend to bring CO2 emissions to a net zero by 2050 or 2100 (depending on which warmer group is talking).  The $535 trillion is for removing atmospheric CO2.

A tangential observation—this chart shows that the Globe’s temperature has been much hotter than at present. Also, the Pleistocene running from about 1 million years ago to about 20 thousand years ago shows glacial and interglacial periods.  The peak temperatures are the time of the interglacial and the rest are the times when some part of Earth was covered by advancing glaciers.  Were there SUVs and fossil fuel powered plants putting out CO2 that caused the glaciers to melt?

END_OF_DOCUMENT_TOKEN_TO_BE_REPLACED

Do Australia, Canada, France, Germany, Italy and the UK know what they have gotten into?

The Manhattan Contrarian posted “Looks Like Global Action On “Climate Change” Is Dead by Frances Menton.  There is not much in the posting that I have not already covered.  However, there are two things that do standout that I want to pass on. Menton’s posting is relative to the members of the G 20, that have just reaffirmed their support for the Paris Agreement in the Summary statement at the end of the G 20* meeting.  The US did not join in the reaffirmation.

Menton notes that Russia’s intended reduction is based upon their CO2 emissions in 1990 before they collapse in 1991 of the Soviet Union.

“Then they closed down all that inefficient Soviet industry.  According to a graph at Climate Action Tracker here, by 2000 their emissions were down by almost 40% from the 1990 level, and they have only crept up a little from there since.”

That was their ploy back in the days of the Kyoto Pact, too.

END_OF_DOCUMENT_TOKEN_TO_BE_REPLACED

A posting by sundance titled “Angela Merkel Reflects Fear And Loathing Amid EU Elites…”.  I believe provides an important perspective on the President Trump’s America First Strategy.  I have focused on Energy and the Paris

Agreement, but Trump’s strategy, as laid out by the author, sundance, is more that those two items.  It really is a plan to make the US economically strong again.

President Trump has put a jaw-dropping U.S. energy platform solidly into place.  You can learn more about them HERE and HERE.  The announcements last week are tectonic in consequence though seemingly lost amid the chafe of media reporting over twitter spats.

Everything President Trump’s team does is connected to a bigger, much bigger, picture than most people are paying attention to.  However, those who control the levers of multinational power are paying very close attention.

At it’s core and central elements ‘America-First’ is about prosperity and national security through the utilization of leveraged economic power.   For four decades, as he built out his empire of holdings, every-single-day at every-single-opportunity, Donald Trump voiced vociferous frustration that politicians were allowing the U.S. to be controlled, lessened, weakened and robbed by multinational economic interests.

END_OF_DOCUMENT_TOKEN_TO_BE_REPLACED

A  recent video has  Stephen Hawking saying that leaving the Paris Agreement will result in Earth becoming like Venus.  That, of course, would destroy all life, animal and plant.  It is pretty far out for anyone to make a statement like that but ……..

Dr Roy Spencer, a noted scientist, responds to Hawking’s comment in the following:

I can understand when pop-scientists like Bill Nye spout scientific silliness.

In this video, Stephen Hawking claims that Trump withdrawing the U.S. from the Paris Accord could lead to the Earth being pushed past a tipping point, with Venus-like 250 deg. C temperatures and sulfuric acid rain.

END_OF_DOCUMENT_TOKEN_TO_BE_REPLACED

As you can see, China already has 2,363 coal based plants and expects to have 1,171more.  It comes as no surprise that China and India are major users of coal based power currently and they will be the major builders in the future.  No other country is even close.  It is illustrative to see that European nations are forecast to be increasing coal based capacity, not reducing it as their none too subtle “holier than thou” attitude would suggest.