Fake science news with respect to

“Chernobyl” on HBO.  This is why nuclear has to swim upstream.

CFACT.org  provided this review of the HBO’s presentation “Chernobly.” 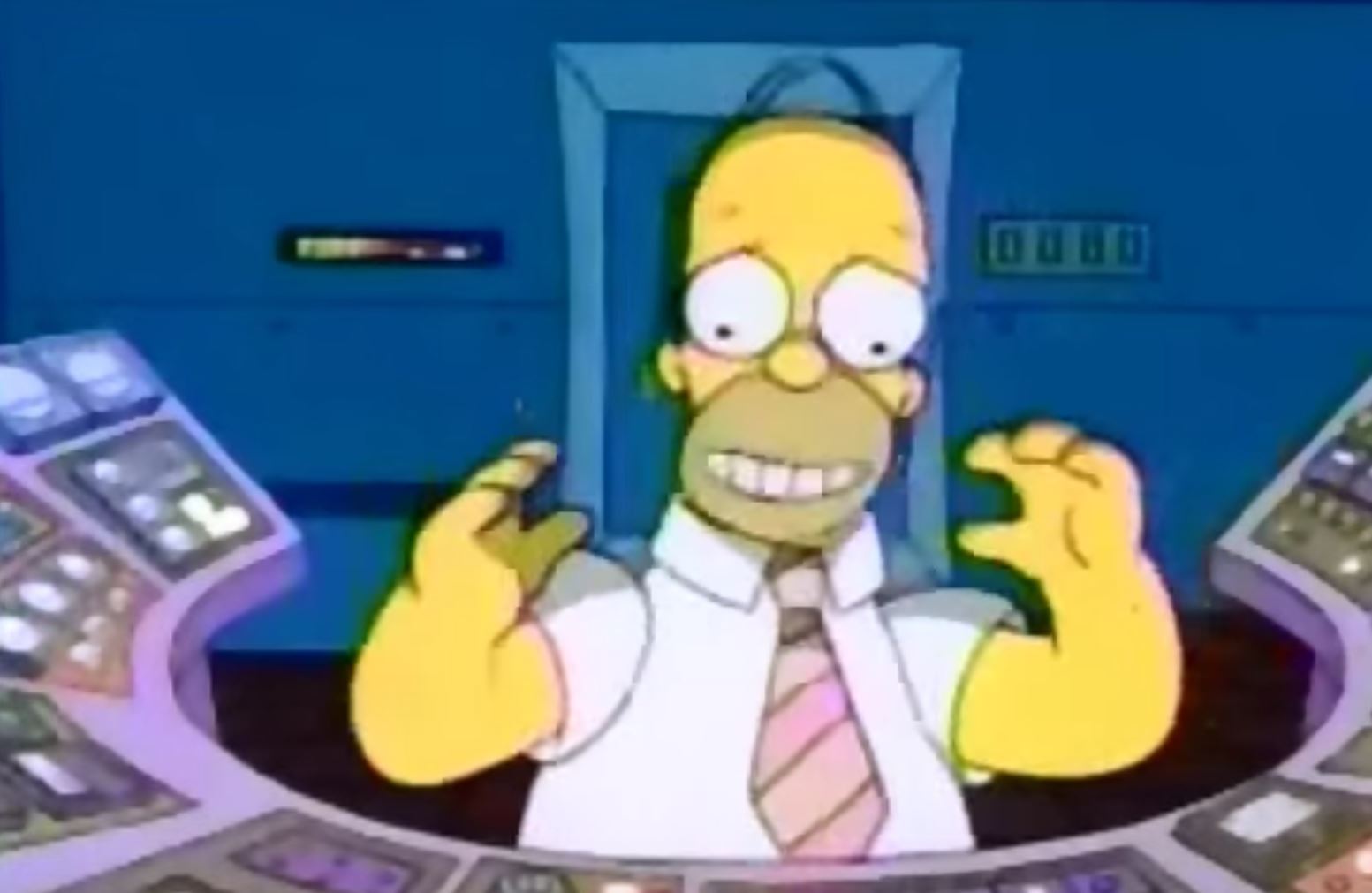 HBO’s Chernobyl is great entertainment.  So is The Simpsons.  Sadly, the sensational way nuclear power is depicted in popular culture energizes the anti-science, anti-energy Left.

Nuclear energy is perhaps our best source of electricity. Nuclear also emits no CO2 (if that’s your thing).

Dr. Kelvin Kemm is an award-winning South African nuclear physicist.  Check out his detailed review of HBO’s Chernobyl at CFACT.org:

As a nuclear scientist I can tell you that the fundamental story of the sequence of events during the portrayal of the Chernobyl accident were correct. Issues around governance and procedure as portrayed were essentially correct.

But the blood and skin peeling scenes were not. Sadly the producers lied – intentionally, to gain box office income. They succeeded in the income goal. But they insulted we nuclear scientists and insulted the intelligence of those viewers who knew a bit more science than most. They also led many other viewers down a twisted path to further ignorance and confusion, which certainly should not be the objective of a history documentary…

Human bodies do not become radioactive in a situation like that. What can happen is that someone, like a fireman, leaves the scene with radioactive dust on his clothes and maybe in his hair. Any radiation protection officer present would then make him take off all his clothes and take a good shower, before going home.

Firemen were not radioactively contagious, as portrayed by HBO. A fireman could not have irradiated his pregnant wife at home as HBO claimed. Her baby could not have died of heart and liver disease as a result. That is pure HBO bunk. Something like playing a tune on the aircraft fuselage in the Andes, using human bones as drumsticks. Very good for viewer horror, but very far from the truth.

Nuclear energy has a fantastic safety record and the latest designs could not be more impressive.

Germany, however, bowing to its anti-nuke Green movement, decided to scrap its nuclear power plants and invest a fortune on wind and solar.  The result?  Germany nearly tripled its energy prices, while remaining dependent on coal plants to provide the reliable electricity intermittent “renewables” can’t provide.  Although they spent a fortune, German emissions have not declined.

France, on the other hand, went nuclear.

German households now pay around 30 Euro cents per kilowatt hour for electricity while the French pay only 17.

Americans pay around 12.83 U.S. cents per kilowatt hour (11.82 Euro cents).  State energy prices vary widely with pro-energy states paying around a dime, while states with Green regulatory regimes such as California and the New England states paying from 19 cents per kwh to over 23.

Countries such as Germany, Spain and Denmark provide perfect illustrations of what not to do, unless driving people into energy poverty is your goal.

While entertainers have the right to exaggerate for dramatic and comedic effect, Chernobyl goes a step too far.  Frightening people away from clean, abundant, safe and affordable nuclear to sell a cable channel does the world a great disservice.

The facts reveal that nuclear power is a safe, smart, affordable way to generate electricity.

For nature and people too,

The graph below is probably the most revealing of all the graphs used when discussing man-made global warming.  John Christy presented it to a US Congressional hearing in 2017.  The graph’s X axis shows years and the Y axis is global atmospheric temperature  anomalys in  degrees Centigrade.   (“Anomaly” degrees, is the measurement of the change in temperature rather that the actual temperature.  The actual temperature is somewhere  around 15C.  The exact temperature can be contentious.  So the anomaly is usually charted.)

The red line is the “average of 102 IPCC CMIP-5 climate model runs.  The man-made global warming theory doesn’t have one model.   They had 102 models all churning out forecasts of the future global temperature. All with different assumptions of what will the future look like.  All of them show rising temperature based  primarily the  amount of Carbon Dioxide (CO2) in the atmosphere.  The forecast spread is all over the place based upon a number of other assumed forces.  Christy averaged the forecasts and that is  source of the red line.

Then Christy added the atmospheric  temperatures that were  MEASURED,  by satellites and weather balloons.

So, stating the obvious, we have actual measured temperatures versus forecast temperatures. One can note that over the time, the separation between actual and forecast has gotten greater and appears that trend will continue

These forecast high temperatures are what propels the catastrophic man-made global forecasts of sky high sea levels, melting glaciers, mass migrations,  mass extinction of species, terrifying  severe weather, and deadly heat.  The media revels in these forecast disasters and gives them top billing.  But why would you believe this will be the Earth’s future?   Surely if everyone knew this or have just learned it, why would they be persuaded to foist these irrational conclusions upon us?

You may be thinking that only one model would be necessary if they really could forecast average global temperatures.

The climate alarmists tell the public that the sea level is going rise 7 to 15 feet by the end of this century.  The crops are going to fail.  There will be mass extinctions.  The extent of the horrors awaiting us in the future are almost unlimited.  The basis for all these catastrophes is the predicted rise in temperature based upon the computer models they have programed. For

example, the sea level rise is predicated on a rise of temperature in the range of 4 to 7° C  or greater by the year 2100.  Without the big rise in global temperature, all these supposed disasters will not come to pass.

These computers have been forecasting temperature for many years.  How are they doing?  If a company had their operations run by these computers, they would be out of business by now.  Look at some of the recent revelations. The New American posted “Top Climate Alarmist: Computer Models Wrong, Skeptics Right on “Pause”.  From that posting we get this:

“Count on the Fake News media to ignore a huge admission by a Climategate scientist that there has been no measurable global warming over the past 20 years — something he has previously vociferously denied. The admission by Dr. Benjamin Santer, a top global-warming alarmist, should have made headlines — but, of course it didn’t.

END_OF_DOCUMENT_TOKEN_TO_BE_REPLACED

Greenland Ice Loss Has Contributed A Negligble 1.5cm To Sea Level Since 1900

Since 1993, Greenland’s Ice Sheet Melt Has Added Just 0.39 Of A Centimeter To Global Sea Levels

In recent months, two new papers published in The Cryosphere have provided a condensed summary of the ice-melt and sea-level-rise consequences of global warming for the Arctic region.

1.  Between 1900 and 2010, the Greenland Ice Sheet (GIS) has melted so extensively and so rapidly that the GIS ice-melt contribution to global sea level rise has amounted to 1.5 centimeters for the entire 110-year period.   One-and-a-half centimeters.  That’s 0.59 of an inch!

“SMB [surface mass balance, Greenland Ice Sheet] during the 1920–1930 warm period over Greenland was comparable to the SMB of the 2000s, due to both higher melt and lower precipitation than normal.”

It’s scary to learn that the Greenland Ice Sheet has lost a “staggering” 9 trillion tons of ice since 1900.

It’s not scary to learn that 9 trillion tons of ice losses actually amounts to less than 1 inch (0.6 of an inch, or 1.5 centimeters) of sea level rise contribution from Greenland meltwater since 1900.

So what does a world-renown news organization like the Washington Post do with this contextually-weighted scientific information?   Of course, like most other media organizations in the modern era,  the Post attempts to frighten the public with disturbing trillions of tons of lost ice exclamations without emphasizing the modest and nearly imperceptible sea level impact such “staggering” ice losses produce.

It is apparent from reading the article that Mooney is either (a) unaware that less than 1 inch of long-term sea level impact is not “massive”, and therefore using that descriptor in conjunction with  trillions-of-tons of ice loss can be misleading, or (b) he is aware that less than 1 inch of sea level impact in 110 years is not especially alarming, so he buries this inconvenient detail in the body of the article and instead he focuses on employing terms like “staggering” and “massive” and “trillions” and “disturbing” and “alarming” in an effort to conceal.

It would appear that (b) is more likely.

Notice above how Mooney cursorily acknowledges that 1 inch of global-scale sea level rise from 9 trillion tons of melted GIS ice “may not sound like much”.  But then, to recover, he misleadingly pivots to hypothetical scenarios, equating what one inch of sea level rise would do if this water equivalent from across the world ocean was only dumped on the United States’ interstate highway system.  (How does fantasy writing like this make it into a serious science article?)

And then, to pile on another thought experiment, Mooney adds the obligatory “if the entire ice sheet were to melt” conjuring so he can mention that “20 feet of sea level rise” is what’s at stake here.

One inch in 110 years isn’t enough to garner attention, but 98 feet (times 63) of submerged U.S. roads and global coastal areas is quite the scary scenario.

The Washington Post employed this same misleading and diversionary strategy about 8 months later, again relying on the “9 trillion tons of ice” lost study to scare readers.

If Misleading Readers Wasn’t Allowed, What Would The ‘Honest’ Headlines Look Like?

If news organizations weren’t allowed to mislead readers about climate science, what would the headlines say?

With regard to the long-term (and recent) ice melt records for the Greenland Ice Sheet, a non-deceptive, non-misleading headline might look something like this.

Please check in to this posting on NoTricksZone by clicking here.

END_OF_DOCUMENT_TOKEN_TO_BE_REPLACED

CO2 And Climate Change Science–Part 2: A Summary Of The Science

The website CO2 Coalition has a post titled “Climate Change: A summary of the Science”.  It one of the best summaries I have come across lately.  It is fairly long, so I could do my usual and summarize it, but there is virtually nothing in it that I would want to skip over.  So, I will not deprive the reader. I will put it in, in its entirety.  I hope that my posting yesterday will fill in any blanks you may have otherwise had.

Climate Change: A Summary of the Science

The climate change science is settled, but not how the climate alarmists want you to think.

END_OF_DOCUMENT_TOKEN_TO_BE_REPLACED

The website inc.com/quora posted “Why You Should Never, Ever Stop Challenging Conventional Wisdom”.  I have lifted most of their little gems of wisdom. I am posting this as it fits well with my previous blog about theTheory of Man-Made Global Warming Effect.

The experts are usually wrong.

Experts (those who predict the future for a living) are, more often than not, dart-throwers. They perform no better than chance. And recently they have performed even worse than chance.

“Economists have predicted nine of the last five recessions.”

We are ALL biased. We see the world through a very hazy prism of our experiences.

There is no unbiased news outlet. Even “real news” has an element of untruth to it. Almost every news story I had intimate knowledge of made a significant reporting mistake of factual error in the story.

The “expert” can be dangerous. END_OF_DOCUMENT_TOKEN_TO_BE_REPLACED