NOAA’s Stated “Highest” Temperature Years May Not Be Valid

A posting in the WSJ titled “Change Would Be Healthy at U.S. Climate Agencies, such as mentioning margin of error!” illustrates the way that the EPA and NOAA along with the compliant media have been misleading the public about global temperatures. Holman Jenkins, a member of the WSJ editorial board wrote:

“The year 2016 was the warmest ever recorded—so claimed two U.S. agencies, NASA’s Goddard Institute for Space Studies and the Commerce Department’s National Oceanic and Atmospheric Administration. Except it wasn’t, according to the agencies’ own measures of statistical uncertainty.
Such fudge is of fairly recent vintage. Leaving any discussion of the uncertainty interval out of press releases only became the norm in the second year of the Obama administration. 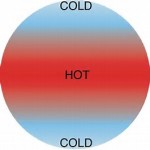 Statisticians wouldn’t go through the trouble of assigning an uncertainty value unless it meant something. Two measurements separated by less than the margin of error are the same. And yet NASA’s Goddard Institute, now under Mr. Hansen’s successor Gavin Schmidt, put out a release eclaring 2014 the “warmest year in the modern record” when it was statistically indistinguishable from 2005 and 2010.

Nowadays Goddard seems to mention confidence interval only when it’s convenient. So 2015, an El Niño year, was the warmest yet “with 94 percent certainty.” No confidence interval was cited one year later in proclaiming 2016 the new warmest year “since modern recordkeeping began.” In fact, the difference versus 2015 was a mere one-quarter of the margin of error.
Commerce’s NOAA makes a fetish of ignoring confidence interval in its ranking of the 12 warmest years. Yet when statistical discipline is observed, 2015 and 2016, the two El Niño years, are tied for warmest. And the years 1998, 2003, 2005, 2006, 2007, 2009, 2010, 2012, 2013 and 2014 are all tied for second warmest.
In other words, whatever the cause of warming in the 1980s and 1990s, no certain trend is observable since then.
Shall we posit a theory about all this? U.S. government agencies stopped mentioning uncertainty ranges because they wanted to engender a steady succession of headlines pronouncing the latest year unambiguously the hottest when it wasn’t necessarily so.

For instance, NOAA states its annual temperature estimate as an “anomaly” in relation to the 20th-century average. Do you really believe government scientists can reconstruct a global average temperature for years in the first half of the 20th century with sufficient accuracy to allow comparisons of 1/100ths of a degree?
You start to notice other things. The numbers keep changing. Years 2005 and 2010 were exactly tied in 2010, but now 2010 is slightly warmer, just enough to impart an upward slope to any graph that ignores statistical uncertainty.
Government scientists are undoubtedly ready with justifications for each of the countless retroactive adjustments they impose on the data, but are you quite sure they can be trusted?

You can see the entire posting by Holman Jenkins by clicking here.